Friday extended the HOPE rally with the announcement that social distancing is about to be relaxed. SPY closed above prior resistance three days last week above the 50% retracement and the 50-DMA. Below is a chart with Fibonacci lines and the % change between them. Risk:Reward trade-off is fairly bleak. 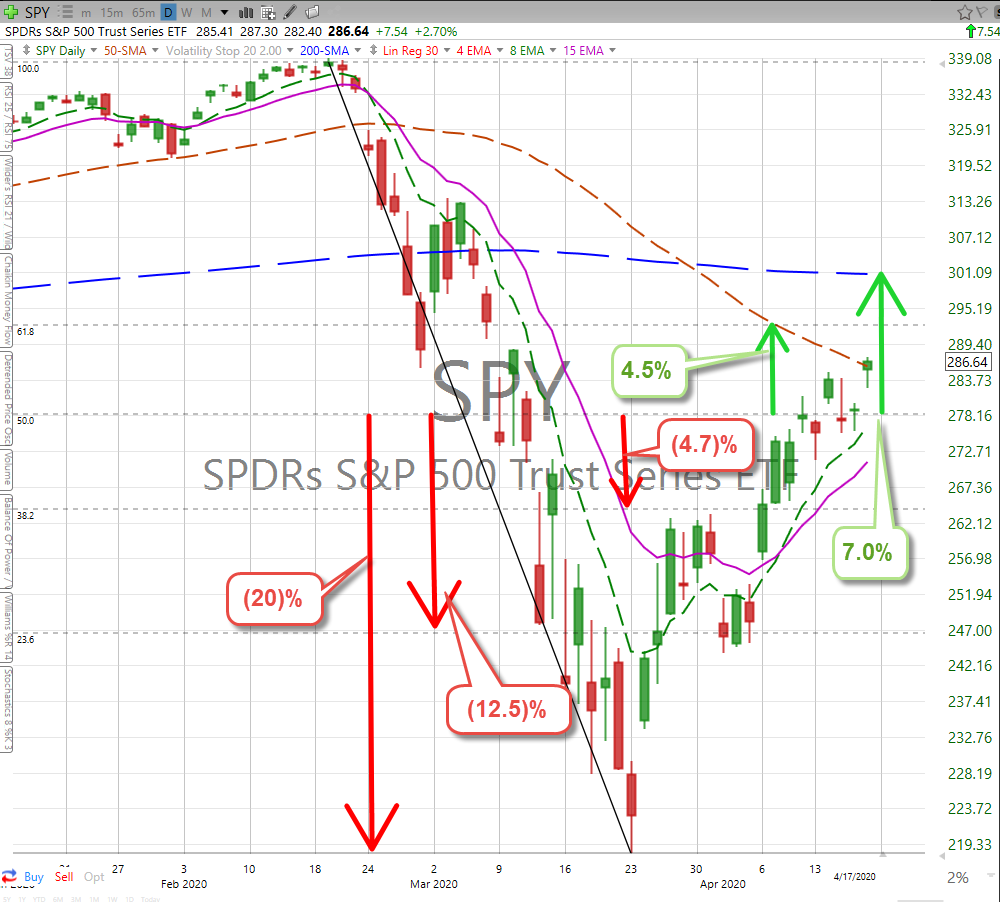 Currently positioned with balanced risk exposure.  The two lower support levels are mildly and largely out of balance to the negative.

Selling still dominated Friday at 3.8:1 for stocks in the TC2000.com database. There was a notable shift in the # of stocks with improving indicators but still less than half of average.  If this was a momentum driven market, the buy scan should be between 200-400. Sell scan is too elevated. The ETF #s are small fund managers VWAPs chasing the HFTs that reacted to prop desks pump and dump. 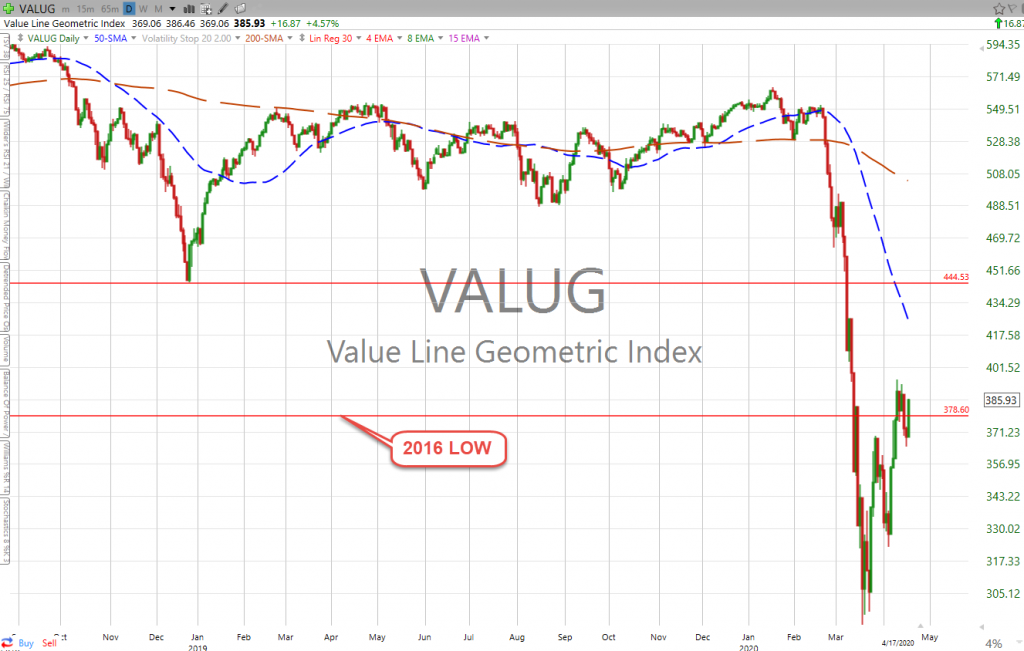 reversed. To confirm a sustainable breakout above resistance, the SPY needs to hold this through Friday. Along with the Pavlovian response to the massive Fed intervention mentioned Friday, we probably had more short covering and some continuing rebalancing activity that moved prices.

Cap weighted means only a few stocks had to be pumped to create the result, and the NASDAQ did close above 12/31 for a second time.

83% of NYSE STOCKS remain below the 200-day moving average. The equal weight index is just barely back to the 2016 low. That is hardly an indicator that all is well.

Five companies do not make a market, much less an economy. 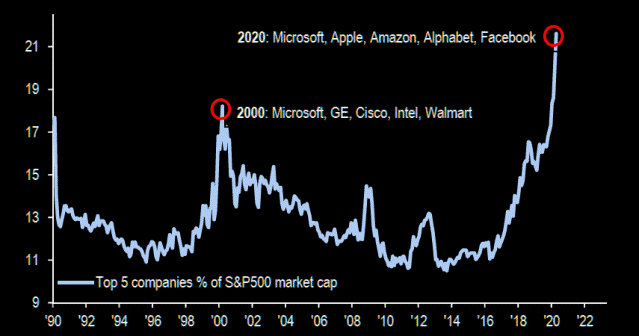 With the Berne out of Presidential contention, political risks for healthcare seem a bit mitigated. The virus creation of demand for hospitals may reduce government as a general solution to medical care. Search for a vaccine pours money into biotech.

Current ratios are not indicative of hitting the bottom. 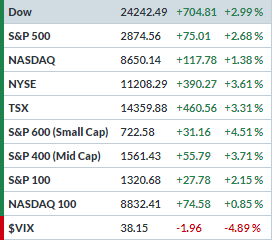 Investors must assume that restarting the economy will be quick and easy. Further, the economic reports that will arrive over the next six months are going to be fleeting and can be ignored. That assumption may be riskier than many believe.

The President’s optimism is contagious. Even the media is morphing into a sun shiny day ahead.

Is this a one off? Nieman Markup missed debt payments, but the lender has given it a few days. Regardless, it is a breach of the loan covenant – a legal default. Even if it finds the money for payment, credit down grade is next. Still, it is time for bankruptcy. More to come. Will it be DIS as layoffs started Sunday? 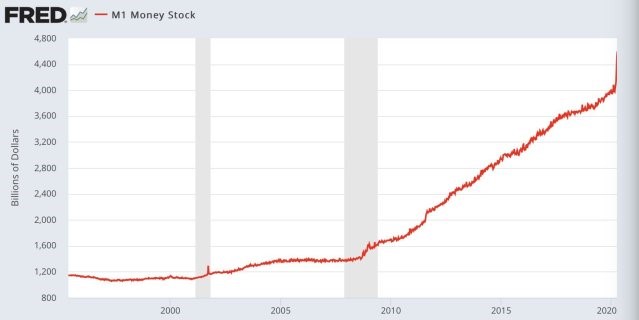 Massive debt & unemployment. Why take two years when it can be done in two months?

OSTK should be doing banner business as retailers try salvaging some cash from remaining inventory.

However, OSTK looks more like it is on the verge of bankruptcy or in the midst of a raider looking at liquidation. Too early to tell. 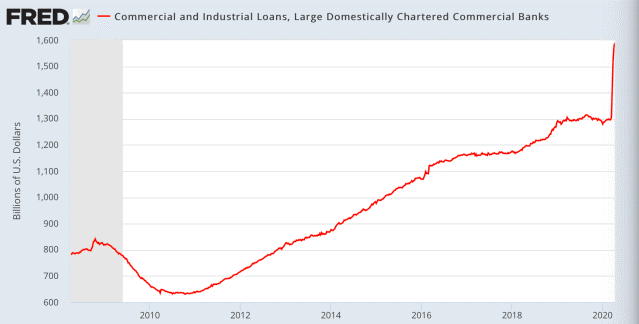 While the Fed is providing much needed liquidity into markets, it cannot solve the next critical crisis: solvency. 70% of small businesses have 500 or fewer employees and generate 48% of GDP. These are not publicly traded firms that can call Jerry for some spare cash. Unlike BA, UAL or ALK, there is no bailout for them. The Fed & Congress are ignoring the solvency risk for the critical universe of small businesses and  its large impact on employment. Then there is the gig economy. ‘The forgotten man’ who can’t off load debt to the Fed and who lacks sufficient capital to restart his business. The solution is buried deep in moral risk. Give everyone income.

Oil contracts expire today with price below $13. Demand so low and storage so rare that Texans are selling for as little as $2. That is not a healthy sign. Negative prices already exist for frackers who pay to have the production hauled off. Texas is next. What on earth will OPEC do? Launch more very large carriers without a port of call?

While Congress and Treasury battle for more small business relief, I think they are standing in a riptide that is hard to reverse. Goldman estimates CAPEX cut by 33% this year. That’s listed companies. Anyone guess what it is for those privately held with less than 500 employees?

We don’t have to pay this back, do we? 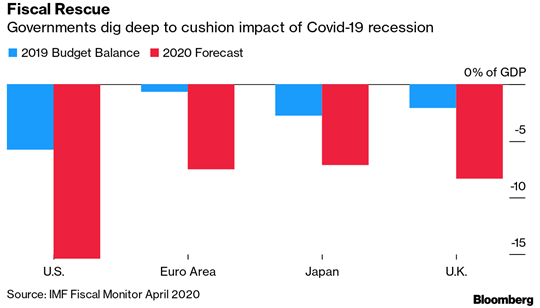 Our reality is the Fed’s intervention skews the market and upward pricing may persist.

If anyone owns REM or other mortgage REIT, be very careful. REM looks to be a candidate for liquidation. Liquidation requires 30-day notice but additional losses by then have already occurred. BOP is chasing a 20% distribution due to fallen price. Mortgage defaults should start rising and risks a cut in the dividend leading to another price drop.