At the End of Q2 2019 – May was another month of dashed hopes as stocks flirted with prior highs but, exhausted, declined all month. June rallied on the hope that the Federal Reserve would provide the tonic of lower interest rates.

When the S&P-500 established a new high, the common assumptions is that the economy is doing well. A closer look shows that not all is well across the entire market. While the first day of trading in July was built on trade hopes from the G-20 meeting, Fundamentals and the lack of large institutional buyers justifies significant caution.

The vote was 9-1 to hold the interest rates in a target range of 2.25% to 2.50% for the rest of 2019. Rather, “other tools” may be used to stimulate the economy. If the economy is healthy, it does not require stimulus.

Economic conditions continue to erode but remain ignored by major media. An example is Starbucks, a favorite retail stock. Its price has been advancing due to corporate purchases of the stock. The earnings report focused on year over year results. The company used debt to buy back stock while expanding operations in China and the USA. The CEO failed to emphasize the decline in both revenues and earnings.

Falling profits and sales are increasingly ignored by financial media and investors hungry for the market to move beyond the January 2018 levels. Stock buybacks have been concentrated in companies where prices overly influence various indices. 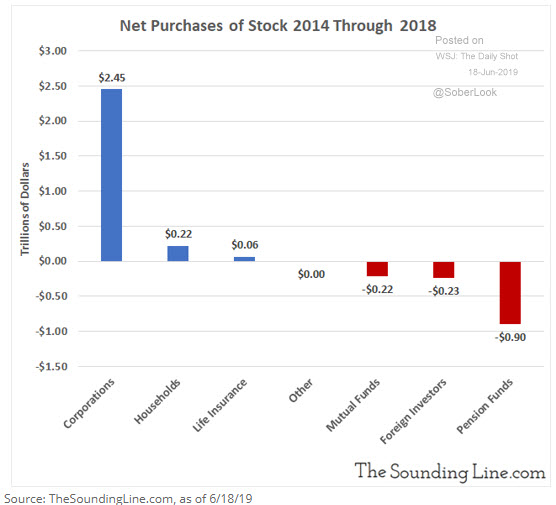 A healthy market has more than corporations buying their own stock. While our portfolios are invested in stocks, they are diversified with defensive holdings. We remain skeptical of sustained price advances during the normally weak summer months.

Companies are preparing investors for the July earnings season by lowering their guidance for earnings and revenues. The news does not suggest a strong economy.

While the economy has expanded for several years, a contraction has begun. Company fundamentals have not kept up with prices. Speculation has created limited momentum in some industries.

A healthy stock market has a healthy bond market. It is irrational to lend money and not expect to receive interest. However, the amount of debt with negative return is increasing according to Bloomberg. 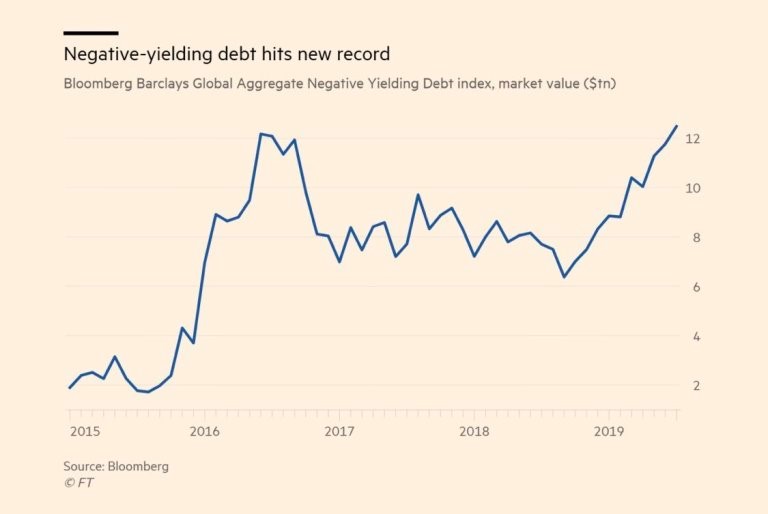 We maintain a sell discipline to exit positions in all portfolios by tracking trends. We do not forecast.

Forecasts even by experts are mere guesses and can be seriously wrong. For example, consider the Wall Street Journal survey of economists for the direction of 2019 interest rates.

Not a single forecast was even close to reality.

A copy of our updated ADV Part 2 is available. If you want a copy mailed to you, email or call our office.