Russia Removes a Few Troops from the Ukrainian Border…or Did They?… After massing more than 100,000 troops along the Ukrainian border in what looked like preparations for war, Russia announced that some of them had completed their training exercises and would return to their normal barracks. American intelligence sources disagree; they claim that Russia increased the number of troops on the Ukrainian border and that the announced reduction is a disinformation campaign.

What it means— With Russian President Vladimir Putin, no one knows what it means. He’s among the world’s richest people, and he runs a country armed with nuclear weapons. He seems annoyed with NATO, but he also seems annoyed in general. President Biden rallied international support for unspecified sanctions if Russia invaded Ukraine, but also pledged that no U.S. troops would be involved. Investors were nervous about rising energy prices, falling bond yields, and cratering stocks in the case of an attack. News of Russian troops leaving the border gave the markets a lift and sent yields higher, but then the markets reversed when the U.S. government called out Russia for disinformation. Investors are left hanging on as the markets swing with every news alert.

Minutes of Last Fed Meeting Showed No Surprises… Investors weren’t surprised by anything in the minutes, which showed the voting members of the FOMC concerned about inflation and interested in raising rates faster than they anticipated last year.

What it means— Inflation is higher than the central bankers want. They likely will raise rates several times this year, they’re not set on how or when to shrink the balance sheet, and they want to ease out of the mortgage-backed securities market. If you already knew this, well, so did everyone else. The FOMC and Chair Powell did a good job communicating after the last meeting,

which meant no surprises in the minutes. Investors breathed a collective sigh of relief immediately following the release of the minutes but worries remain. a 0.50% hike in March seems less likely from some fixed income trading desks. Since the minutes were released, inflation data has been higher than expected with some Fed members still favoring more aggressive policy.

How and when the Fed actually reduces the balance sheet will weigh on the markets and, eventually, cause problems.

What it means— This is one of those reports that make you say, “Hmm.” The report shows that department store sales soared by 9.2% last month, non-store retailer (e-commerce) sales shot up 14.5%, and motor vehicle sales increased by 5.7%. 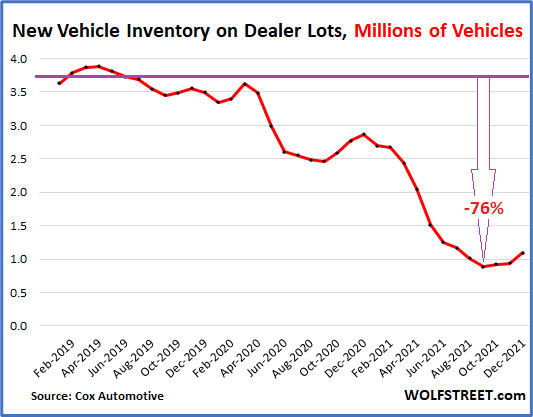 Let’s take these in reverse order. With the continuing shortage of inventory in the car market, it’s not surprising that sales by dollars spent would jump, although this is a big number. As for department stores and online shopping, it looks like sales were rebounding from lower-than-expected numbers in December after consumers did much of their holiday shopping early.

Finally, it’s worth noting that the retail sales report is adjusted each month as the government tries to account for seasonality in shopping. The adjustment last month was the largest in history. In total, it doesn’t look or feel like consumers are rushing out to spend more, it seems more like we’re adjusting to bumps in the road caused by the pandemic that messed up our seasonal trends.

Housing Starts Fall 4% in January, Are About Even Over Last Year… Housing starts were expected to increase a bit but instead dropped last month, while permits were up 1%, matching the pace of a year ago.

What it means— New home statistics are notoriously noisy, especially in the winter months when weather can disrupt construction, completion, and sales. Almost the entire nation experienced a huge freeze in January, which likely weighed on construction, and material shortages aren’t helping. With mortgage rates on the rise, everyone wants to call the death of real estate. Maybe, but it’s early. Prices paid are a much better indicator of what lies ahead. As for housing starts, let’s get past the winter, when builders start fewer homes anyway, before calling it a trend.

What it means— At the current sales pace of 6.5 million units per year, current inventory sits at just 1.6 months’ supply. Falling supply in the face of strong demand results in higher prices. The median sale price reached $350,300, up 15.4% over last year. First-time buyers were just 27% of the market last month, as fewer homes priced at less than $500,000 were put on the market. Aging Millennials still want to buy homes, but they can’t find many in their price range. Higher mortgage rates won’t help.

The 30-year fixed mortgage rate reached 4% this week for the first time since 2019. If higher rates and low inventory cool the market a bit, we might see buyers and sellers in a standoff over price in the spring selling season. Prices might drop a bit, but we’d have to see a severe economic shakeout for real estate to fall dramatically. Potential buyers who have been sidelined over the past year or two by low inventory and higher prices likely will use any pullbacks to snap up a home.

Considering Violent Crime, the City of Chicago Installed 426 Bleeding Control Kits in 269 Buildings, Including City Hall and Public Libraries… The kits include tourniquets, gauze, scissors, and other items necessary to stanch bleeding. They are intended to be used in cases of shootings and stabbings. The city notes that they can be used in the case of bleeding emergencies that result from falls, but when’s the last time you saw that happen in the lobby of a high rise? The kits were installed as part of the Safe Chicago program, although it seems more appropriate to call it the Unsafe Chicago program. For anyone not trained in using tourniquets or providing care during a bleeding emergency, the kits also include directions.