Biden Takes Office… Joe Biden became the 46th president of the United States after a peaceful and quiet inauguration.

What it means— There’s a new sheriff in town, and he’s determined to unwind most of the things that happened under the last administration. Biden quickly signed 15 executive orders and 2 executive actions on his first day and planned more for his second day.

The moves covered everything from lifting travel bans on countries considered likely to house terrorists to nixing the permit for the Keystone XL pipeline. The move hurts Canada as well as our energy independence. Early estimates are 11,000 U.S. jobs will be eliminated including 8,000 high paying union jobs and $2.2 billion in wages. It is a concession to the green wing of his party as oil production is not stopped but just shifted to our competitors. Transporting the oil shifts back to the railroads which is less safe than a pipeline. The  moves Biden made were telegraphed far in advance.

Investors breathed a sigh of  relief that the transfer of power happened peaceably, with just small protests at a few state capitols. Notable exceptions were Portland and Seattle, where Antifa and antigovernment protesters rioted and noted their displeasure with our new president by vandalizing the Democrat Party Office building as well as others.

What it means— Housing starts are notoriously volatile and, because they are seasonally adjusted, the December numbers can be especially unreliable. But the direction last month followed the trend that’s been happening during the pandemic, so there’s no reason to discount the home building pace. The details of the report were even better than the headline numbers. 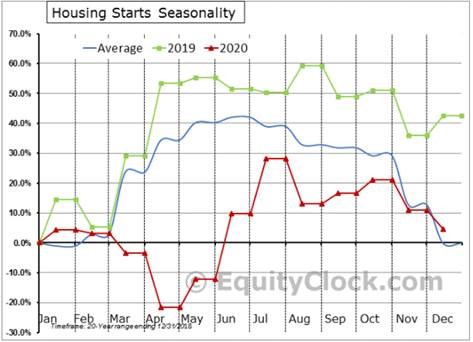 Single-family housing starts, which require more labor and add more to the economy, rose 12% last month, while multifamily starts fell 15.2%. The numbers reflect the common pandemic story of people leaving crowded cities and looking for their own space as they adjust to a new work/life balance.

Existing Home Sales Up 2% in December, Up 22% Over Last Year… Existing home sales defied an expected 0.7% decline and moved higher.

What it means— What a year for real estate! Existing home sales reached 5.64 million units last year, the highest total since 2006. Sales would have been higher, but there’s not much to buy. Existing home inventory dropped 23% last year to just 1.9 months of supply, the lowest absolute number of homes for sale and the lowest supply on record. 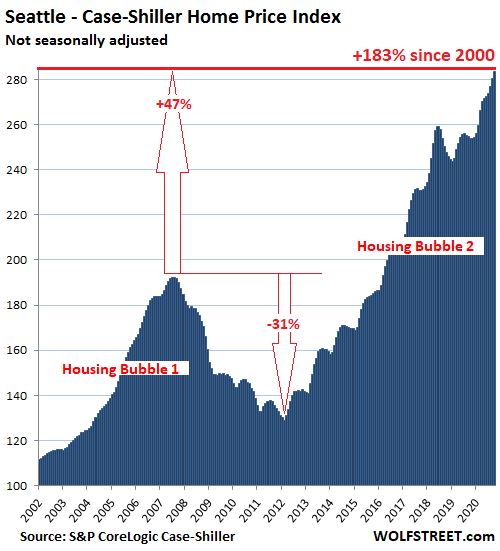 Social Media Users Leaving Facebook, Turning to MeWe… Facebook and other social media platforms have been under pressure after deplatforming President Trump. Many users are looking for alternatives that allow freer speech.

While the company’s growth rate is impressive, it’s worth noting that Facebook averaged over 1.8 billion daily active users last year, and more than 2.7 billion monthly active users. MeWe’s user base is less than 1% of the people who use Facebook every day. Mark Zuckerberg probably isn’t feeling the heat of competition…yet.

Car Thief Realizes That a 4-Year-Old Is in Vehicle He Stole, Circles Back To Admonish Mom… A car thief in Beaverton, Oregon, picked off a running vehicle that was parked outside of a grocery store. He soon realized that a four-year-old child was in the car, so he returned to the grocery store, where he promptly admonished the mom and threatened to call the cops on her for leaving her child unattended. The thief instructed the parent to take her child out of the car, and then he stole the vehicle.

Maybe someone should admonish his mom.

END_OF_DOCUMENT_TOKEN_TO_BE_REPLACED

Click here to register now. July Market Update Saturday, July 9th at 9am. Change is the norm in ...