The Federal Reserve Expects to Hold Rates at Zero for Years… At their regularly scheduled meeting, the bankers unanimously agreed to hold rates at zero while buying more bonds.

What it means— Financial repression, here we come. The central bankers plot out where they think overnight rates will be in the future. All of them thought rates would stay at zero this year and next, with only a couple of them expecting higher rates in 2022.

As Chair Powell said, “We’re not even thinking about thinking about raising rates.” By the end of June, the bankers are likely to have printed more money over the past three months than they did over the seven years following the Great Financial Crisis.

While the Fed wants to ensure market liquidity, it can’t help but notice that by holding rates low and buying trillions in bonds it is giving the U.S. government space to run multi-trillion-dollar deficits without incurring higher interest costs.

Normally this sort of news would send the markets higher. That didn’t happen as Chair Powell pointed out that we’re in a bad place economically and it won’t get better soon. The Fed expects GDP to fall by 6.5% this year and unemployment to be near 10% at the end of the year.

We won’t return to normal before 2022 at the earliest. Investors took that as a downer and sent the markets lower.

Initial Jobless Claims Fall to 1.54 Million… The number of people filing for unemployment benefits for the first time dropped from 1.9 million last week and are well off the highs of six to seven million in late March and early April.

What it means— After last Friday’s job report, which showed the economy added more than two million jobs and the unemployment rate dropped, who thinks they have a handle on these numbers?

The only thing we know for sure is that more than 20 million people remain out of work, many businesses that closed won’t reopen, and the weekly federal unemployment booster check will run out at the end of July. 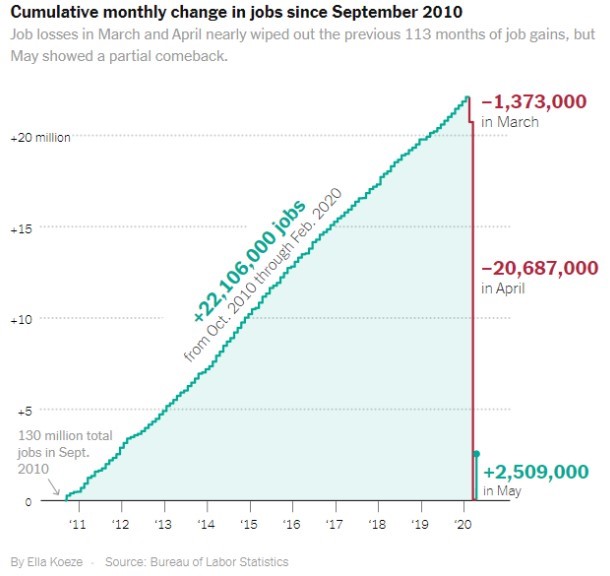 It’s good to see that the trend for jobless claims points lower, but it’s hard to take it as a great sign that we’re still seeing more than one million people per week file even as states reopen.

What it means— There was a lot of red in the consumer prices report, with fuel oil, apparel, and transportation services taking the biggest hits. Shelter inched up 0.2% after flat readings in both April and May. New car prices moved up 0.3% after falling 0.4% in March and remaining flat in April. Used car prices continued their slide, down another 0.4%. Food prices jumped 0.7% after increasing 1.5% in April. Food away from home increased 1% after climbing 2.6% in April, but those were outliers and based on supply disruptions at several points in the distribution chain.

Overall, the tone was something we’ve discussed for a couple of months, deflation. Don’t expect a jump in prices anytime soon.

Millions of Americans are Behind on Payments, yet FICO Scores Are Climbing…About 3 million auto loans and 15 million credit card accounts are in some sort of partial payment plan or forbearance along with almost 5 million mortgages. 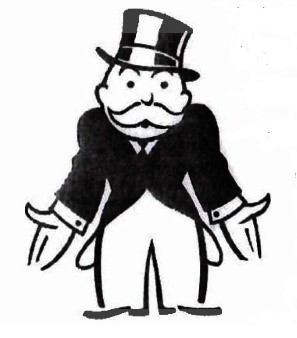 Clearly millions of Americans don’t have enough money to pay their bills, and yet FICO scores are climbing. It’s all about reporting. Lenders are giving consumers a break, so they aren’t reporting the consumers as delinquent on their loans. Every month that a consumer is on time with his payments gives his FICO score a tiny boost… even if he’s out of money.