Retail Sales Rose 0.4% in August… The print doubled expectations of 0.2% growth and was largely driven by auto sales. 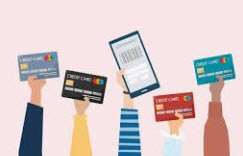 What it means – Last month, retail sales rose an impressive 0.8%. If you recall, Amazon held its annual Prime Day which helped boost sales. So, you might think consumers came back down to earth in August, absent a major online sales event. It is hard to see that in the numbers. Online sales rose 1.6% in August, the same rate as July.

If you strip out autos, which rose 1.8%, August retail sales clock in at 0.0%. Sales at furniture stores, gas stations, clothing stores, general merchandise and restaurants contracted across the board. These dips could be a sign of weakness ahead.

What it means – For the third month in a row, inflation has hit above analyst expectations. Medical care costs continued to rise, increasing

0.9% in August, following a 0.5% rise in July. Housing costs, which make up about one third of the consumer price index, rose 0.2%. Gasoline prices fell 3.5% last month, bringing total energy costs down by 1.9%.

Inflation is heating up a bit as it did last summer, but consumer prices are still within an acceptable range, near the Fed’s 2% target. This report isn’t enough to derail a rate cut next week.

The European Central Bank (ECB) Cut Rates and Kicked Off a New Round of QE… The ECB cut its main deposit rate by 0.1% and announcing a monthly bond-buying program of 20 billion euros.

What it means – ECB President Mario Draghi has just one more meeting before his tenure ends and gets replaced by former IMF chief Christine LeGarde. He certainly had no intention of leaving quietly.

The ECB’s main deposit rate now sits an astounding -0.5%, an effort to encourage lending. That hasn’t worked in the past. Nevertheless, the ECB is trying a new program to incentivize lending by giving special interest rates to banks that exceed a lending benchmark. Since negative rates mean depositors pay the bank to keep their money on deposit, the ECB also introduced that tier system that will exempt certain deposits from the penalty.

And beginning November 1, the central bank will begin purchasing 20 billion euros of bonds each month. This is an open-end program with no declared ending! Under current EU laws, the ECB is limited to a percentage of debt it can buy from corporate or sovereign entities. The limit will be met in within a year. 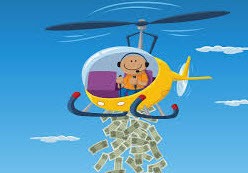 None of these moves will solve the structural problems of aging European countries saddled with too much debt in underperforming economies. But, hey, at least the ECB is creative. It is its version of “helicopter money” to stimulate government spending.

President Trump is jaw boning the Fed to do the same even though we are not in a recession. But, watch for it.

What it means – Consumers usually ring up debt when they’re confident in their ability to pay it off in the future. Americans swiped their credit cards to the tune of $10 billion in July after just a modest $0.2 billion rise in June. That figure will give a modest boost to the consumer spending part of GDP for the quarter. Currently, the Atlanta Fed estimates that the U.S. economy will grow 1.9% in the third quarter.

What it means – The imbalance has pushed oil prices 20% lower than at this time last year, leaving OPEC-plus producers selling less oil at a lower price. 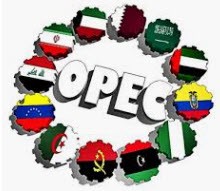 Some of the OPEC-plus members, such as Nigeria and Iraq have been busting their supply quotas to bring in extra cash, angering the Russians and Saudis.

The oil market dropped another step this week when President Trump hinted at easing the sanctions on Iran. The country relies on oil exports to get hard currency which is used for trade.

With the global economy slowing down, oil demand is expected to increase by just 1.3 million bpd next year, which is less than the expected 2.3 million bpd increase in production from non-OPEC countries.